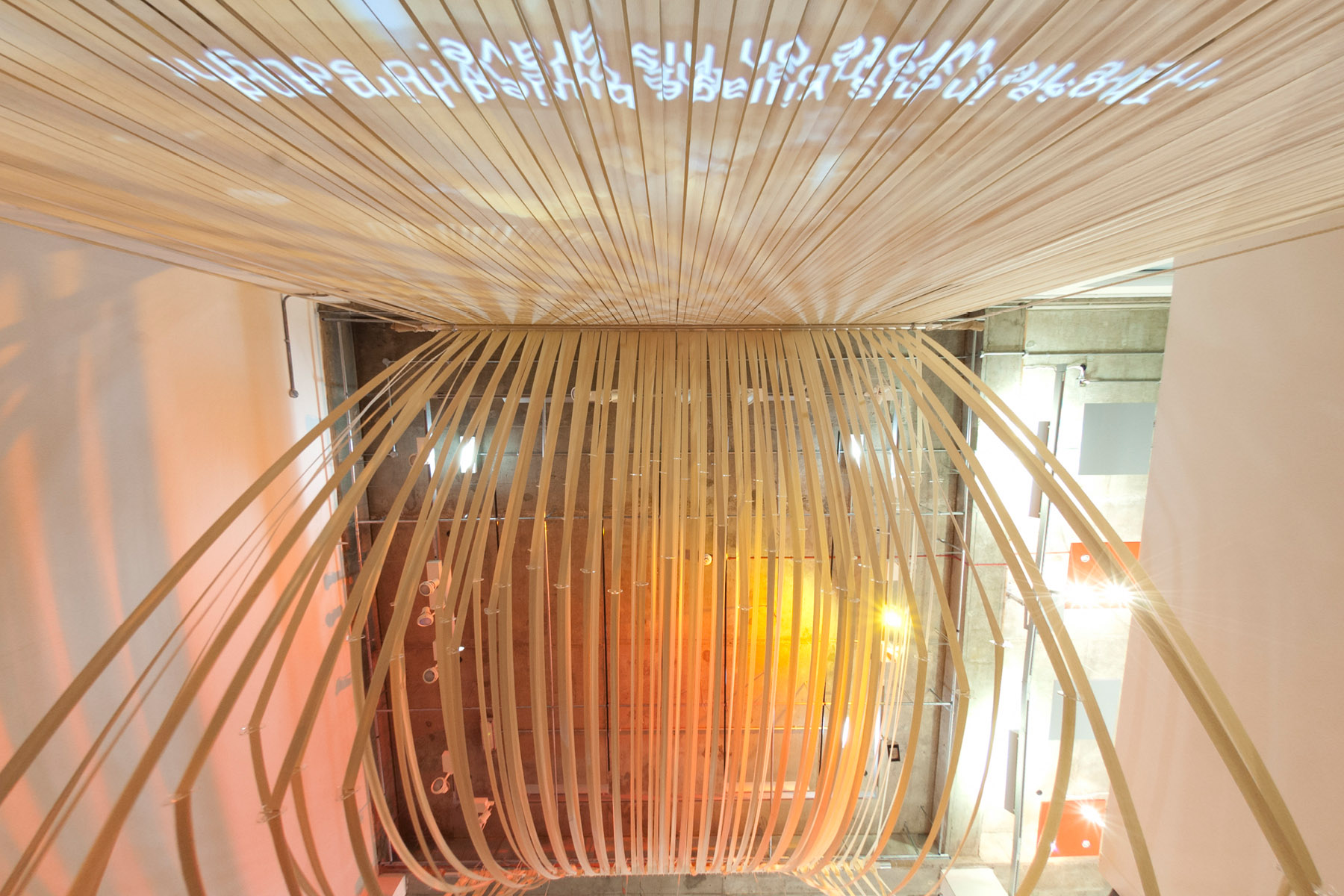 In November 2012, the Lalibela Cinema Design Collective created an ‘african-inspired’ alternative cinema space. Picha House (whose name derives from the Swahili pidgin English word for ‘picture’) celebrated the inventive reuse and hand-crafting of everyday materials found throughout the continent of Africa, as part of Film Africa’s Festival in London.

A multi-coloured hessian carpet composed of dyed coffee sacks adorned the floor, while floor cushions provided a flexible seating arrangement for the audience to position themselves as they felt most comfortable. Some sat chatting in clustered groups while others stretched out to lie with coffee cushions as pillows and watch the films flicker over the screen. The no-shoes ‘house rule’ further evoked a sense of being within a domestic environment.

The projection screen was fabricated from a single kilometre strip of natural cotton and hung from the ceiling of the double-height space. By avoiding cutting the material, its integrity was maintained, permitting the temporary installation to be easily taken down and reconfigured for future use in alternative configurations. Custom-designed transparent Perspex weights kept the cotton ribbons hanging in place without disturbing the view of the screen. The strip screen created a subtle fragmentation of the projected image — an abstract representation of the way in which films are often viewed in Africa, through a neighbour’s window or on a smaller screen in a video shack without a high definition image.

Hand-made plaster sculptures by ceramist Ranti Bamgbala hung from coloured ropes at low level, encouraging visitors to interact with them and experience their tactile qualities.

A welcoming and informal cinematic experience, the Picha House was located in the Café Gallery of the Rich Mix on Bethnal Green Road, and was open to the public every day from Friday 2 until Sunday 11 November, showcasing films by African and Diasporan African directors.

The Lalibela Cinema Design Collective was founded in 2009 by Andrew Tam, Helen Evans, Jean-François C. Lemay and Sanaa Shaikh. The group formed following the Cinema Lalibela project, undertaken in Ethiopia during their studies at the Architectural Assocation. Cinema Lalibela delivered a custom-designed mobile cinema to the town of Lalibela in Northern Ethiopia, hosting the town’s first film festival and providing a platform to engage with the community.

Film Africa is the UK’s largest festival of African cinema and culture, brought to life by the Royal African Society.