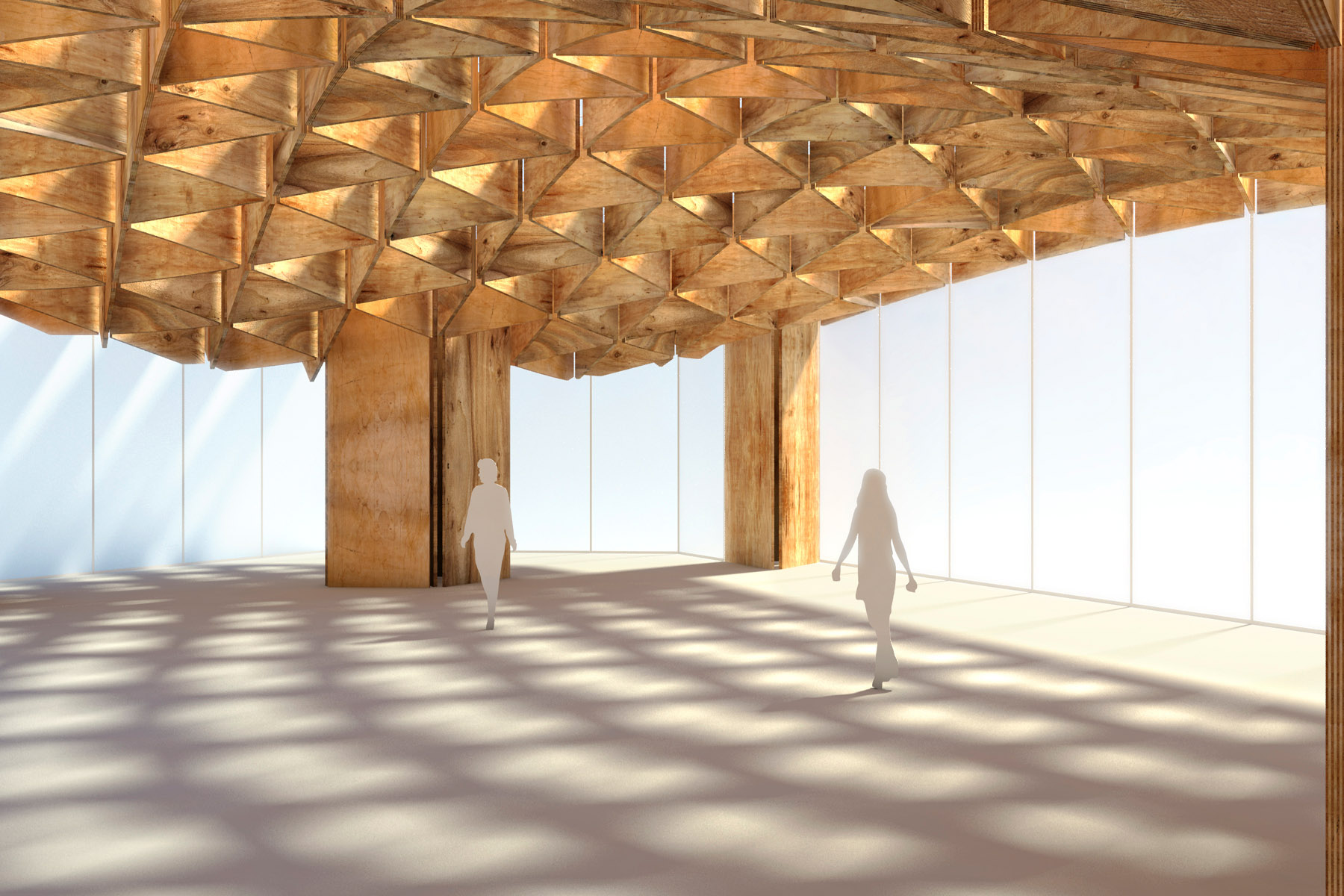 Concept for a prefabricated shelter which is easy to fabricate, ship and assemble

In September 2007 the students of the Architectural Association Diploma 7 studied shelter design ahead of a trip to Bangladesh, which is regularly affected by coastal and river flooding. This design for a temporary shelter remained at a concept stage since the objective of the study group evolved towards more permanent architecture.

This is a prefabricated shelter which would be shipped to a disastered area. Its structure is made of plywood boards which are all trapezium of the same width, making them easy to fabricate and pack in a container. The boards are assembled using all-identical connectors. Together they create a profiled roof structure which is high and light in the middle and deep and strong near the columns. It would be covered by a waterproof membrane and the triangular cavities of the structure could accommodate a second internal membrane to insulate the shelter from the sun.

Here the curvature of the roof is set to gather rain water which is held inside the columns to weigh down the shelter. Part of this rain water would be filtered for drinking, in order to alleviate the shortage of drinking water which is a common problem in flooded areas.