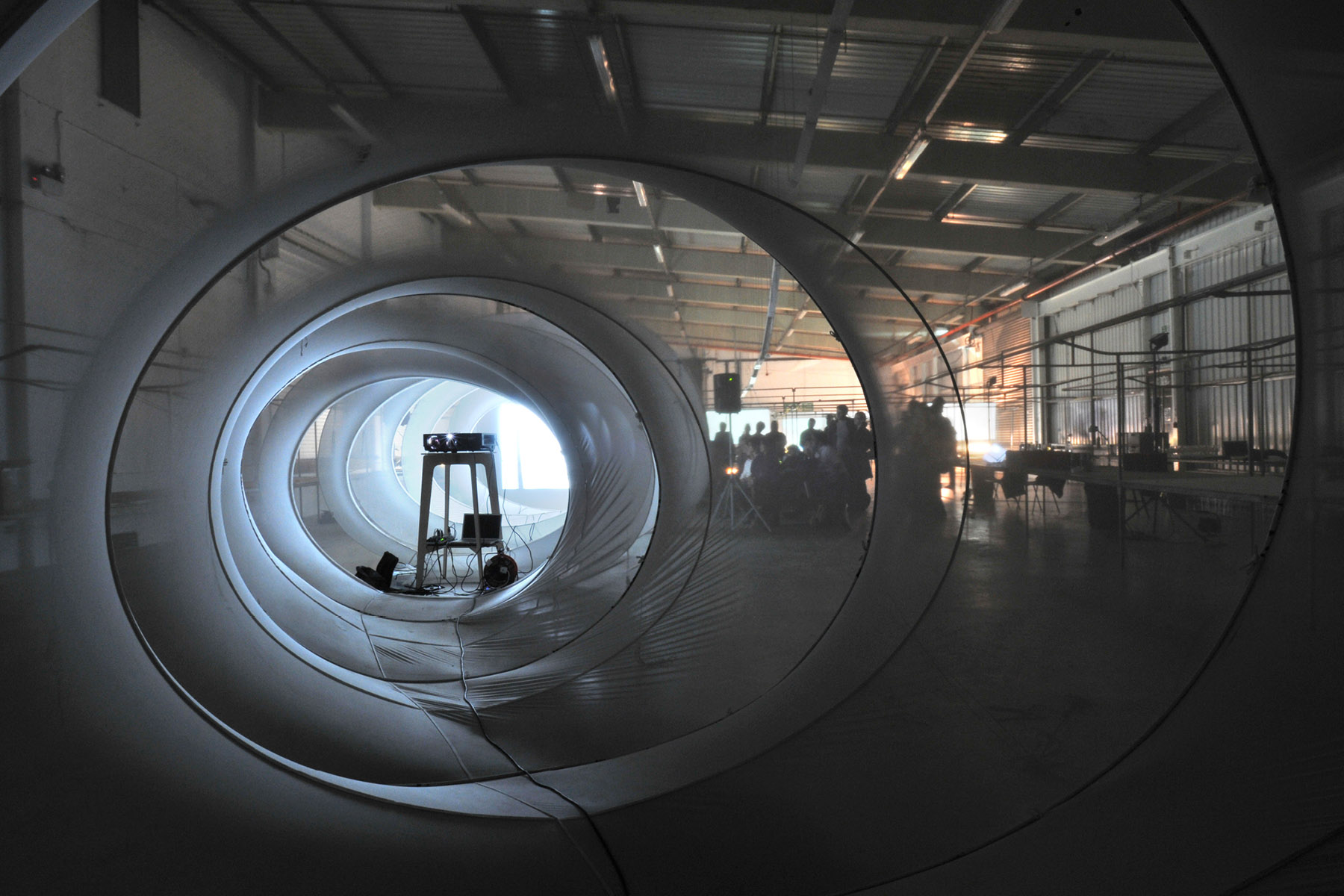 In December 2008, twelve students of the Architectural Association travelled to Lalibela in Ethiopia with a projector, a generator and a “sock” made of tent poles, netting and projection membranes: a complete kit for deploying a temporary cinema in this remote town famous for its Unesco-listed rock-hewn churches.

The people of Lalibela, having expressed their desire for a cinema to a charity working in Ethiopia and the UK, were surprised and delighted to see this equipment emerge from a white van, take the form of a giant glow-worm and ignite a film festival under the stars. It was an instantaneous success especially with children, most of whom had never been to a cinema. The installation lasted five nights before returning to London with the architecture students, who drew on this experience to write their theses.

Nine months later, four of these students exhibited the project at the Truman Brewery in Brick Lane, London. The market hall known as U-block, one of the former brewery’s largest exhibition spaces, became the new setting of the “glowing sock” for a two-day exhibition celebrating the project’s success with the Architectural Association and the charity Link Ethiopia, and opening a reflection on the future of the project.

In addition to the “sock”, six translucent screens were installed on the market stalls to project information on Lalibela and Link Ethiopia. The exhibition was part of the London Design Festival and the opening was attended by more than 400 people. Coffee was roasted on a pan, as it is traditionally done in Ethiopia, and served with popcorn while speeches were given by the AA director Brett Steele and the Link Ethiopia director Belayneh Shewaye. The next day, the exhibition was open to the public and complemented by a screening of Black Gold, a documentary on fair-trade coffee.

The exhibition garnered support for an ambitious follow-up, the creation of a permanent cinema in Lalibela, a centre which would help the community to come together, to educate and entertain itself, and also to welcome tourists and pilgrims. The project continues under the banner of the Lalibela Cinema Design Collective (LCDC).